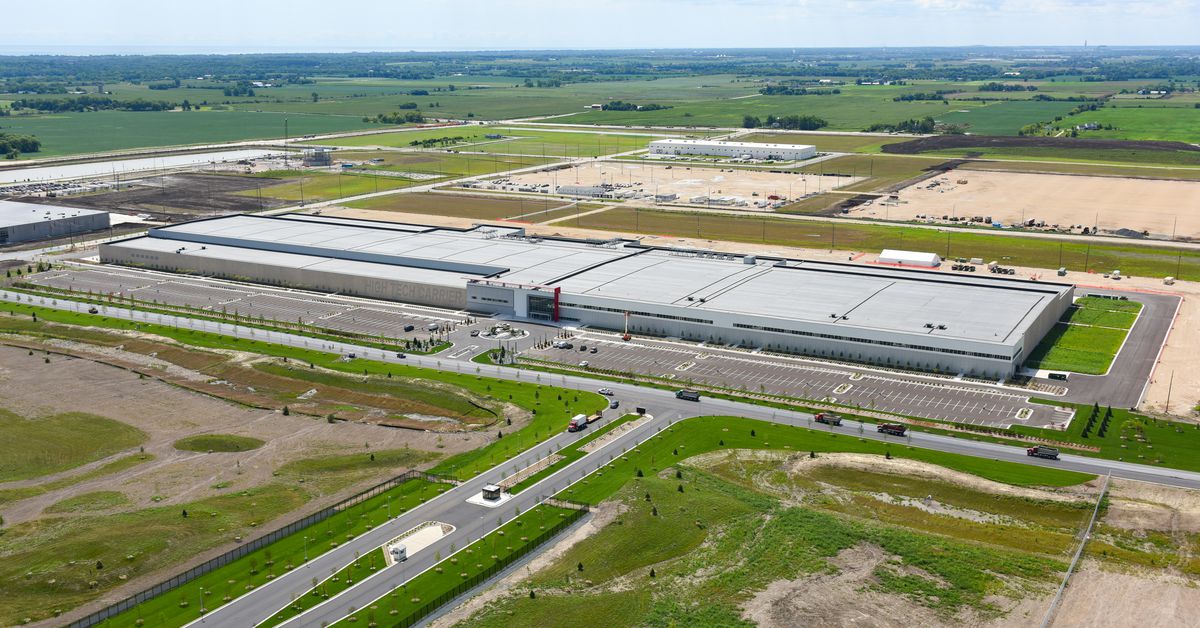 A state report on Foxconn’s Wisconsin factory depicts a project gone far off course. The report, issued this month by Wisconsin’s Division of Executive Budget and Finance and obtained through a records request, confirms that the company has not built the enormous Gen 10.5 LCD factory specified in its contract. It also says that the building the company claims is a smaller Gen 6 LCD factory shows no signs of manufacturing LCDs in the foreseeable future and “may be better suited for demonstration purposes.”

The report notes that Foxconn received a permit to use its so-called “Fab” for storage, which The Verge first reported this week. Furthermore, according to an industry expert consulted by the state, Foxconn has not ordered the equipment that would be needed to make LCDs. If the building were to be used as an LCD manufacturing facility, the expert notes it would be the smallest Gen 6 in the world and “would appear to be more of a showcase than a business viable for the long term.”

“Taxpayers fully performed their side of the agreement to date, while the Recipients have not.”

If any LCD-related manufacturing were to take place in the building, the analysis says, it would likely only be the final assembly of components produced elsewhere and imported to Wisconsin. Such a project would have a vastly smaller impact on local supply chains and employ nowhere near the 13,000 workers anticipated in Foxconn’s contract with the state.

Wisconsin Secretary of the Department of Administration Joel Brennan said in an interview with The Verge today that “clearly the Gen 6 that’s been discussed and built in Mount Pleasant is not similar to other Gen 6 fabs around the world.” Brennan said the memo was an effort to consult industry experts to better understand the scope of Foxconn’s current project and its potential impact on the state. “There was justified criticism of the [former Governor Scott] Walker administration for entering into this contract, and not really getting any outside experts for an industry that was new to Wisconsin,” Brennan said. “This is about making sure that we can use the best expertise that we have inside and outside state government so that we can make the best decisions possible.”

The report provides the fullest articulation of the state’s reason for rejecting Foxconn’s subsidy payments so far. Last week, the Wisconsin Economic Development Corporation (WEDC), which oversees the deal, denied the company its first installment of the nearly $3 billion refundable tax credits because it hasn’t built the “Gen 10.5 Fab” specified in its contract.

The project Foxconn has pursued instead, the new analysis says, would not have warranted the record-breaking subsidy package passed by then-Gov. Scott Walker, nor required the infrastructure state and local governments have built to support it. “Taxpayers fully performed their side of the agreement to date, while the Recipients have not,” the report says. In fact, “state taxpayers have spent as much if not more than” Foxconn has on improvements to the company’s supposed manufacturing campus. The Verge previously reported that state and local governments spent at least $400 million on the project, mostly on land and infrastructure the company will likely never need. Foxconn listed approximately $300 million in capital expenses at the end of 2019.

There is no foreseeable way that the Foxconn project will employ anywhere near the number of people it was supposed to under the contract with Wisconsin. At the end of last year, it employed only 281 eligible under the terms of the contract, rather than the 2,080 it was supposed to, or even the 520 it needed to employ to get tax subsidies. By the end of 2022, it was supposed to employ 13,000 workers. And those numbers are going in the wrong direction. The Verge’s investigation found that Foxconn recruited large numbers of local college students and foreign recent graduates on visas late in 2019 as it tried to hit the employment threshold needed to receive subsidies, only to lay off many employees once the deadline passed. The state report notes that Foxconn’s employment numbers have fallen this year, and “a pattern of hiring spikes at the year-end December job reporting deadline followed by drops in the following months” fails to meet Foxconn’s contractual obligation to maintain employment levels for several years.

“The melding of cultures that has taken place in recent years is somewhat reflected in the documentary ‘American Factory.’”

The state has been warning Foxconn that its current project is ineligible for subsidies for over 16 months, but the company has so far declined to revise the contract. A settlement period this summer ended without an agreement. WEDC did not respond to a request for comment but has previously stated its openness to revising the contract to reflect whatever it is Foxconn is currently doing.

“I have expressed to you my commitment to help negotiate fair terms to support Foxconn’s new and substantially changed vision for the project,” WEDC CEO Missy Hughes wrote to Foxconn with the subsidy denial. “WEDC’s door remains wide open to support your business expansion in Wisconsin.”

Foxconn did not respond to a prepublication request for comment for The Verge’s investigation this week, but it later issued a statement denying it had hired employees only to get tax subsidies.

Regarding the company’s failure to build LCDs and two years spent veering from idea to idea (co-working, fish farming, building giant glass spheres), the company said “Foxconn’s progress in Wisconsin has been achieved despite man growing pains that includes the need to explore new business opportunities, adjust to changes in global customer requirements, and a constantly evolving global technology industry.”

As for the chaotic and toxic work environment reported by many Foxconn employees, the company said: “Many Wisconsin employees have found success embracing our challenges such as the assimilation of cultural differences, adapting to changing business needs, and finding ways to contribute to the company as their roles have evolve. The melding of cultures that has taken place in recent years is somewhat reflected in the documentary American Factory.”

The Verge reported that a Foxconn executive mandated employees watch the Netflix movie, in which a Chinese glass company’s foray into the Midwest founders amid culture clashes, and American management is replaced with Chinese leadership. Foxconn employees saw it as alarmingly similar to their own experience.

Foxconn said it remains committed to Wisconsin but that WEDC’s denial of subsidies “threatens the good faith negotiations” over a new contract.

A statement the same day from Foxconn founder Terry Gou, however, struck a more ominous tone, linking the future of the project to continued state support and, implicitly, to President Donald Trump’s reelection. “Foxconn will work as a partner with those who treat the company as a partner,” Gou wrote. “Foxconn will remain committed to the completion and continued expansion of our project and investment in Wisconsin as long as policymakers at the federal, state, and local levels remain committed to Foxconn and the very important technology development goals driving the company’s investments, as President Trump has done.”

Foxconn did not respond to a request for comment.