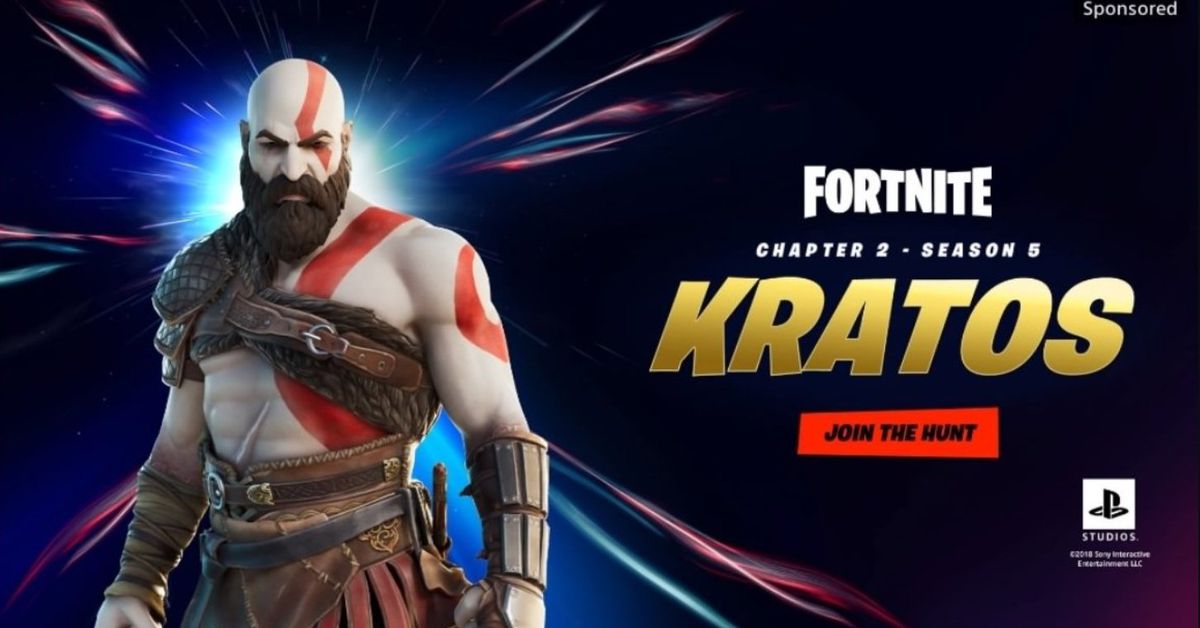 Fortnite is no stranger to tie-ins — the battle royale’s season 5 battle pass has already kicked off with a picture-perfect Mandalorian and Baby Yoda skin, for example — but its next character appears to be coming not from a popular film or movie franchise, but from a different video game universe: God of War’s Kratos.

The image, first posted by noted leaker HYPEX on Twitter, depicted a version of the Ghost of Sparta (in his more recent, bearded form from 2018’s God of War), albeit with a softer animated style look that’s more in line with Fortnite’s art style.

Another tease from the PlayStation account further hints at Kratos’ pending arrival, with an unseen character panicking about “the next guy you’re picking up has literally vanquished multiple gods with his bare hands in a fit of uncontrollable rage” — a description that matches Kratos to a T.

The current season of Fortnite features multiple “hunters” from different realities that have been brought to the island in the wake of the universe-shattering fight with Galactus. In that vein, Kratos seems to fit right in. That said, as one of Sony’s marquee first-party characters, it is a little jarring to see that Kratos will be joining a third-party game that exists on nearly every gaming platform like Fortnite.

It’s not clear yet when the Kratos skin will be available, if it’ll be something that players will have to purchase or can earn in-game, or even if it’ll be available to players on platforms other than the PlayStation 4 or PlayStation 5. But with Sony’s official account already teasing the character, we likely won’t have long to wait before a more formal announcement.