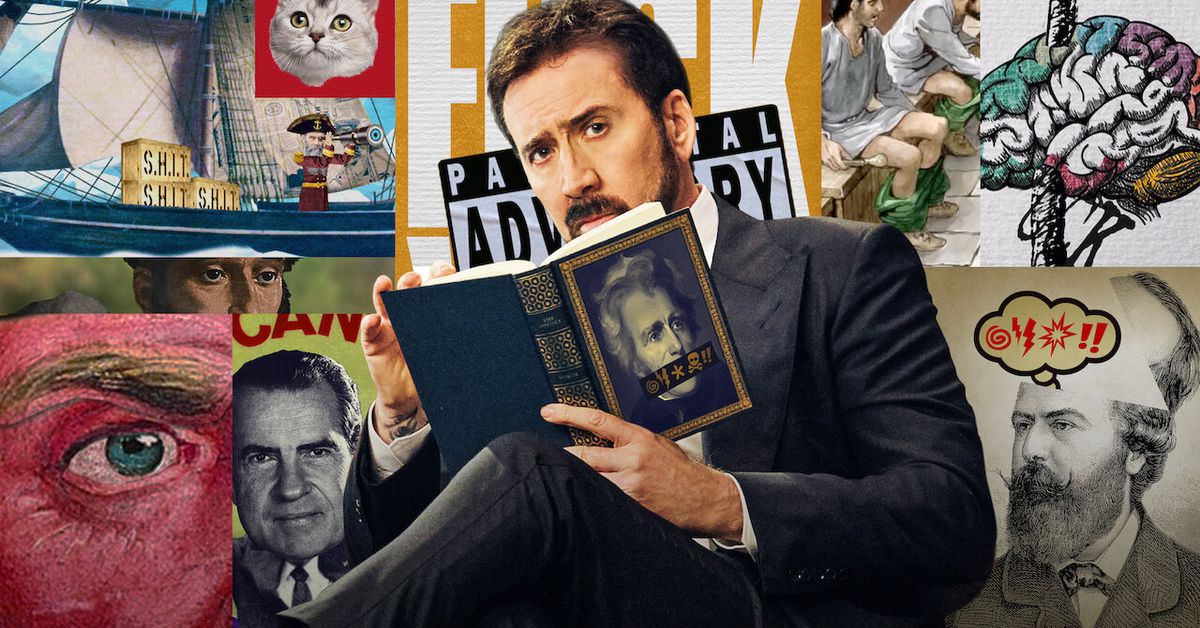 If you’ve ever wondered how profanity actually became profane, Nicolas Cage is here to help you out. The actor is no stranger to swearing, but in Netflix’s upcoming show History of Swear Words he’ll be doing it in a more educational way. Though, if the trailer’s indicative of what the show is going to be like, it’ll still be very entertaining.

It opens with Cage standing up and just screaming “fuck,” likely a reference to him doing pretty much the exact same thing in Deadfall. It only gets better from there, explaining the myth that the expletive is an acronym (standing for Fornication Under Consent of the King), and delving into how swear words are understood by the people using and hearing them.

The show will include celebrity interviews and, of course, a lot of swearing

As someone who’s always been interested in how regular words came to be (TED-Ed has a great series called Mysteries of Vernacular if that’s an interest you share), it’s exciting to see a bigger production that goes into the etymology and social implications of swearing. Especially since it seems like it will also be going into the backlash to swearing — the trailer includes a part talking about those Parental Advisory stickers from back when CDs were a thing.

History of Swear Words isn’t the only production Nicolas Cage has been involved with recently — if you can think back to the beginning of this decade-long year, you may remember Netflix’s Tiger King taking the internet by storm. Well, there’s going to be a scripted dramatized adaptation of it coming to Amazon, and of course Cage will be playing Joe Exotic. At the moment, it’s unclear when that will be coming out, but I don’t think it’s the kind of show that will fly under the radar.

History of Swear Words, though, is coming to Netflix on January 5th. It will be six episodes long and include Cage interviewing various celebrities and etymologists (people who study words), including Open Mike Eagle, Nick Offerman, and Sarah Silverman. It will also, of course, include a lot of swearing.

Correction: The original version of this story claimed that the trailer implied the word “fuck” is an acronym, when the scene is in fact debunking the myth. We regret the error.