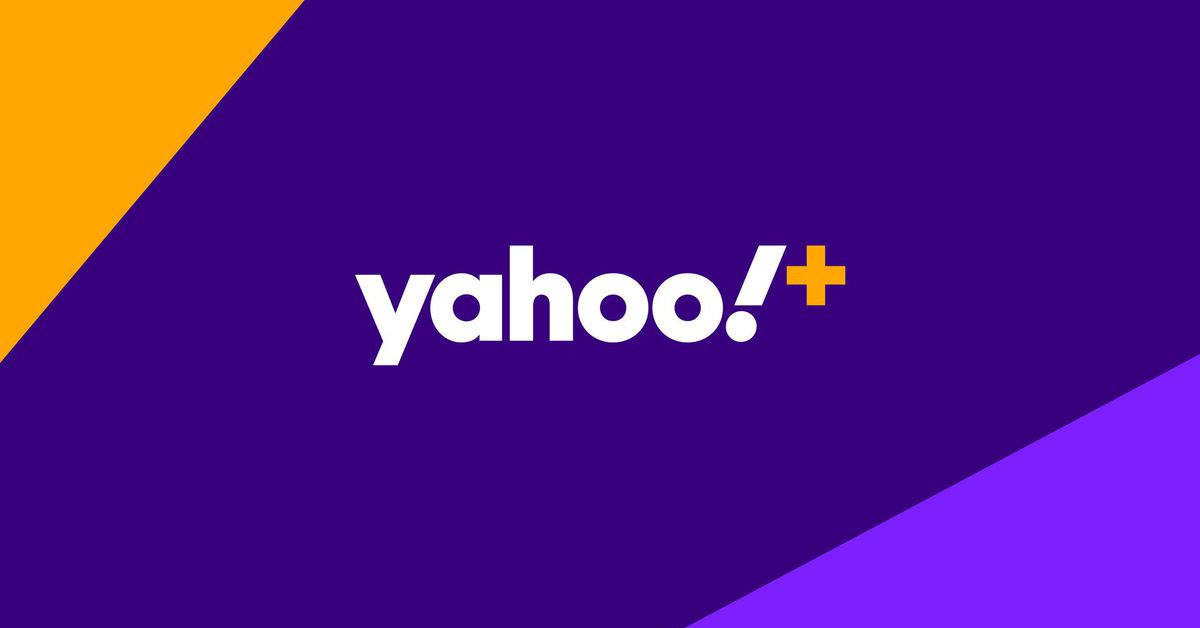 Yahoo is the legacy Web 1.0 brand that just won’t get dragged and dropped into the trash bin of history, and that’s largely thanks to Verizon’s tireless efforts to keep it going after buying the company a few years ago for nearly $5 billion. This time around, the telecom giant actually wants to expand the Yahoo brand to all of its consumer-facing web properties with a new series of subscription offerings organized around what it’s calling Yahoo Plus, according to a new report from Axios.

It’s important to mention right now, before we go any further, that the official Verizon Media Group branding provided for Yahoo Plus stylizes it as “Yahoo!+,” with that deranged cousin of the interrobang slapped onto the end of it. Apparently “Oath,” which was the previous incarnation of Verizon Media Group and technically the division that swallowed Yahoo after the acquisition, was not the end of the company’s poor naming decisions.

If Yahoo Plus (we’re going to drop the exclamation point and the plus sign) sounds like a streaming service, you’re right. It certainly does, but it’s not. Yahoo Plus will instead be a kind of hybrid media portfolio of various Yahoo products and services, including its finance platform; its very-much-still-alive email platform; its media properties, including Engadget and TechCrunch; and its fantasy sports service, among others. But in all seriousness, there is a sizable business here: Verizon tells Axios it already has 3 million existing customers of subscription products it offers across services like Yahoo Finance and Yahoo Fantasy.

In some cases, customers of Yahoo Plus will pay for extra premium features, while in others — like the existing subscription version of Yahoo Mail called Yahoo Mail Pro — you’ll pay to remove ads, Axios reports. We don’t know how Verizon plans to bundle this as Yahoo Plus, or whether it will charge for each one separately and how much.

The bigger picture here is that Verizon is acknowledging a hard reality after the write-down of its entire media business back in 2018 (just a year after the Yahoo deal closed) and the unceremonious end of its unsuccessful proto-Quibi streaming app go90. And that is that the whole targeted advertising play it was hoping to pull off by combining its telecom analytics, AOL, Yahoo, and its various other corporate tentacles is simply not equipped to take on the Facebook-Google duopoly in online advertising.

So Verizon is now trying subscription models. Those are certainly all the rage in media these days. After all, collecting recurring direct payments from consumers is the only surefire way to inject any stability in an ad market largely dominated by Big Tech and susceptible to cataclysmic downturns, like what happened last year when the COVID-19 pandemic set in.

That brings us back to Yahoo Plus. While it may seem silly to continue leaning on the brand perhaps best known for signaling an email address that’s remained unchanged since high school, the Yahoo brand is admittedly resilient and about as close to a household name in websites as you can get outside the major Silicon Valley corporations.

”Yahoo is the future of our consumer facing brand,” Joanna Lambert, Verizon Media’s consumer chief, told Axios. “From a strategy perspective, we have enormous scale that is unlike most media companies in the world. The question becomes, ‘how do we take that audience and drive them from being free users to subscribers of really valuable paid offerings?’”

Lambert is right about the massive scale of Yahoo properties — they’re still among the biggest on the web. And if Verizon can somehow pull off a series of subscription services that actually complement its ad business, then it’ll have truly breathed new life into the Yahoo name. We’re just still a little unsure on the whole “Yahoo!+” thing. Let’s hope it rethinks that.