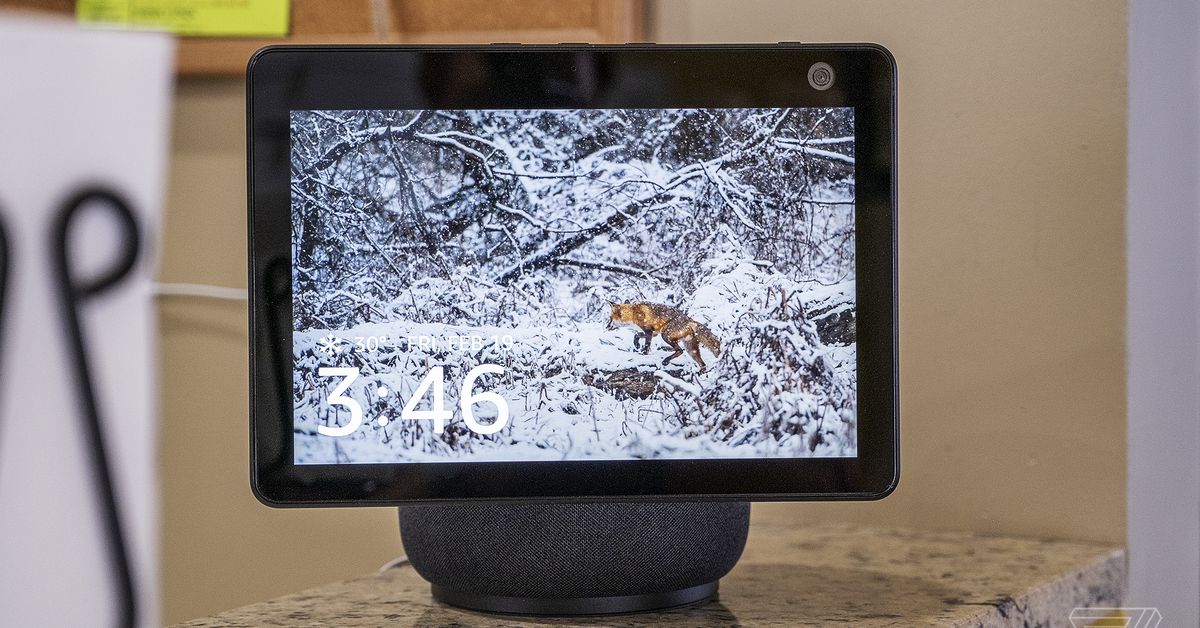 Amazon’s bringing Zoom compatibility to more devices. The company announced today that it’s making the Echo Show 10 devices in the US compatible with the popular video calling software. Users who have their calendars linked up to the Alexa will have their meetings started automatically while people who haven’t done that can say, “Alexa, join my meeting” or “Alexa, join my Zoom meeting” to join one. This is the second Echo Show to gain Zoom access; the Echo Show 8 started supporting the videoconferencing platform in the US in December.

The Echo Show 10’s camera tracks users as they move throughout a room, meaning callers can see the screen no matter where they sit or stand. Presumably, this functionality will work with Zoom, putting it on par with other competitor devices like the Facebook Portal and Google Nest. Google pulls Zoom meetings from users’ calendars while Facebook allows its Portal camera to track users around the room so that they’re always in frame, just like it does with Facebook Messenger and WhatsApp calls.

Although people might start commuting into the office more frequently, Zoom and other videoconferencing software will likely remain a standard for many workplace meetings, especially as workers shift to working from home more frequently.