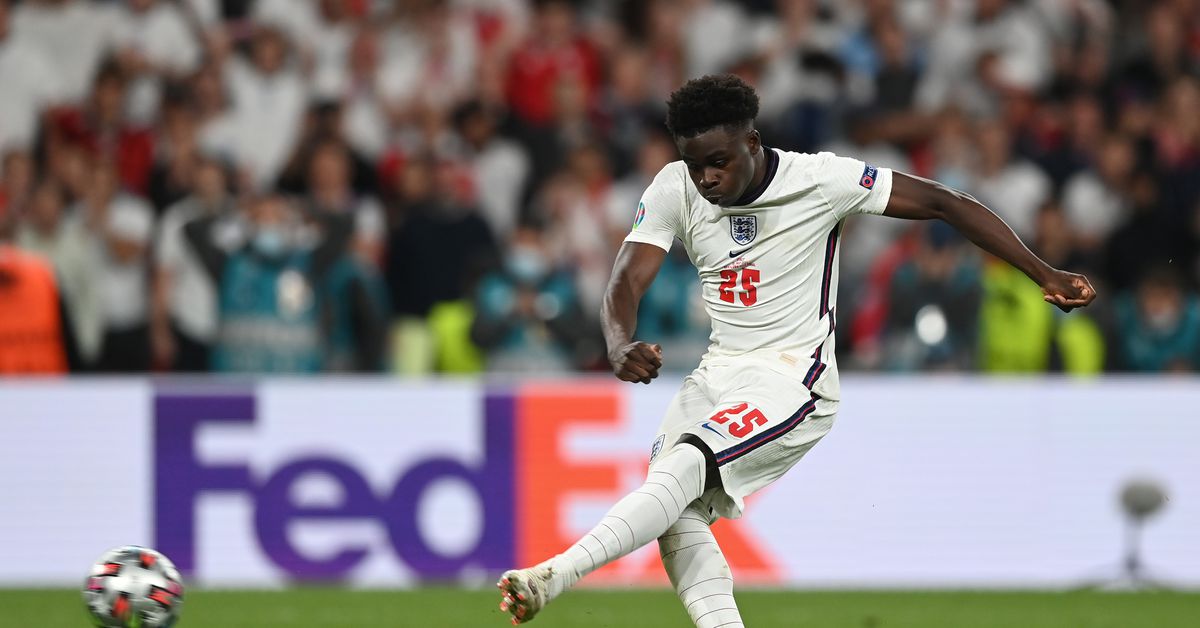 Social media platforms have been inundated with racist messages and posts directed at three Black players on England’s football team, following a tough loss to Italy on Sunday in the UEFA Euro 2020 championship match. The two teams played to a 1-1 tie, and Marcus Rashford, Jadon Sancho, and Bukayo Saka were among England’s players to participate in a penalty shootout to decide the winner of the match and the tournament. All three missed their shots.

After the game ended, the players’ social media accounts, including Facebook-owned Instagram and Twitter, were filled with racist comments and messages.

In an email to The Verge on Monday, a Twitter spokesperson said the “abhorrent, racist abuse directed at England players” had no place on the platform. Since the end of Sunday’s game, Twitter removed more than 1,000 tweets and permanently suspended a number of accounts — the spokesperson did not say how many — for violating its rules against harassment and hateful content. “We have proactively engaged and continue to collaborate with our partners across the football community to identify ways to tackle this issue collectively and will continue to play our part in curbing this unacceptable behaviour — both online and offline,” the spokesperson said.

A Facebook spokesperson said the company didn’t have numbers to share, but said the platform “quickly removed comments and accounts directing abuse at England’s footballers last night and we’ll continue to take action against those that break our rules.” The spokesperson added that the company had encouraged all players to turn on Instagram’s hidden words tool, which prevents abuse or comments from being visible in direct messages.

Vice reported that even more extreme abuse, including threats against the players, was turning up on white supremacist channels on Telegram, which has much looser moderation policies than Twitter or Facebook. Telegram didn’t immediately reply to a request for comment Monday.

England’s Football Association said in a statement Monday that it was “appalled by the online racism that has been aimed at some of our England players on social media.” Anyone behind the “disgusting” behavior is not welcome as a fan, the FA said, adding it was supporting the players “while urging the toughest punishments possible for anyone responsible.”

The FA statement added that social media companies “need to step up and take accountability and action to ban abusers from their platforms, gather evidence that can lead to prosecution and support making the platforms free from this type of abhorrent abuse.”

England’s players were frequently booed by fans at Wembley Stadium during the tournament when the players kneeled on the field before matches as an anti-racism gesture. Both teams kneeled before the start of Sunday’s match, as well.

UK Prime Minister Boris Johnson, who was criticized for previously failing to defend the players who kneeled before games, tweeted Monday that the players “deserve to be lauded as heroes, not racially abused on social media.”