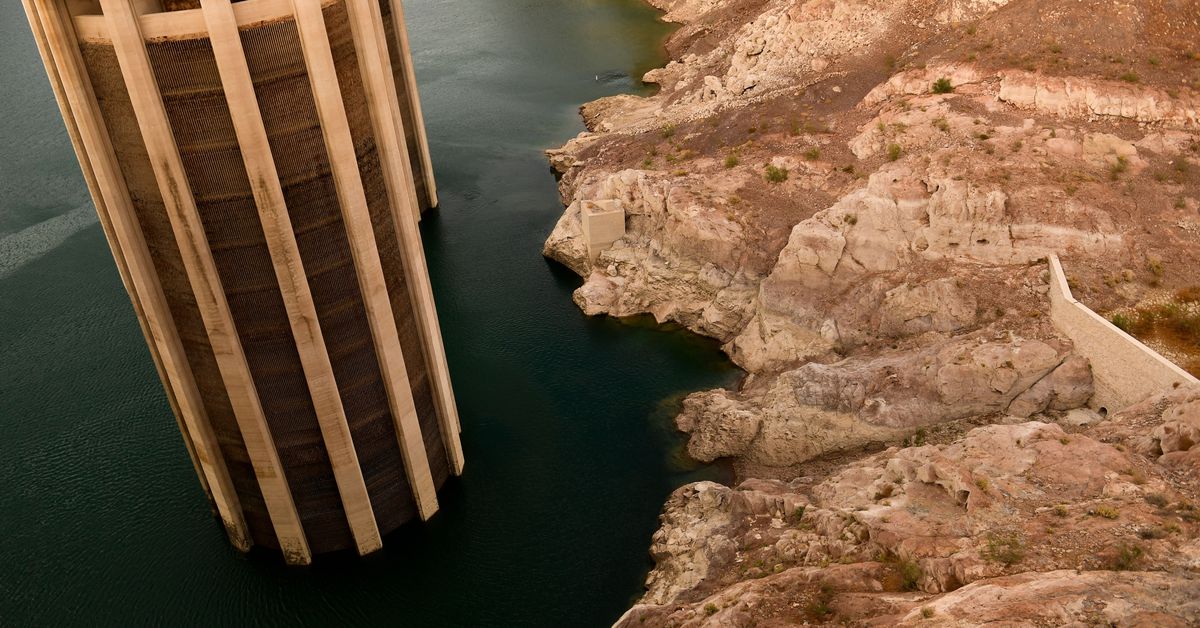 For the first time ever, there’s an official water shortage at the largest water reservoir in the US. Today, the US Bureau of Reclamation declared a water shortage at Hoover Dam’s Lake Mead, which 25 million people across the Western US and Mexico rely on for water. It’s the first time this kind of declaration had been made on the Colorado River, the main source of water for Lake Mead, CNN and E&E News report.

The declaration will trigger mandatory cuts to water use starting January 1, 2023. California, Arizona, and Nevada all tap water from Lake Mead. Based on federal guidelines for shortages brokered in 2019, Arizona will lose 18 percent of its annual apportionment of water from Lake Mead, and Nevada will lose seven percent of their annual allotment. Mexico, which also gets water from the watershed, will lose five percent of its share. California won’t face cuts just yet, because it has stronger water rights under complex water sharing agreements.

One of the worst droughts in decades continues to plague the Western US. Back in June, it was already “the most exceptional drought that we’ve ever shown on the map in the Western US,” according to Brian Fuchs, a climatologist at the University of Nebraska-Lincoln who creates maps for the US Drought Monitor. The drought has grown worse since then, and now affects a whopping 95 percent of the West.

The news comes on the heels of a major United Nations climate report that found that climate change is supercharging the water cycle, which is fueling more intense droughts and extreme weather.

“It’s not like drought is a new phenomenon. There are parts of the world that are dealing with these conditions every day of the year. What we’re seeing, however, is that the overall set of expected conditions is moving into uncharted territory,” Alex Ruane, one of the authors of the new report and a research physical scientist at the NASA Goddard Institute for Space Studies, told The Verge last week.