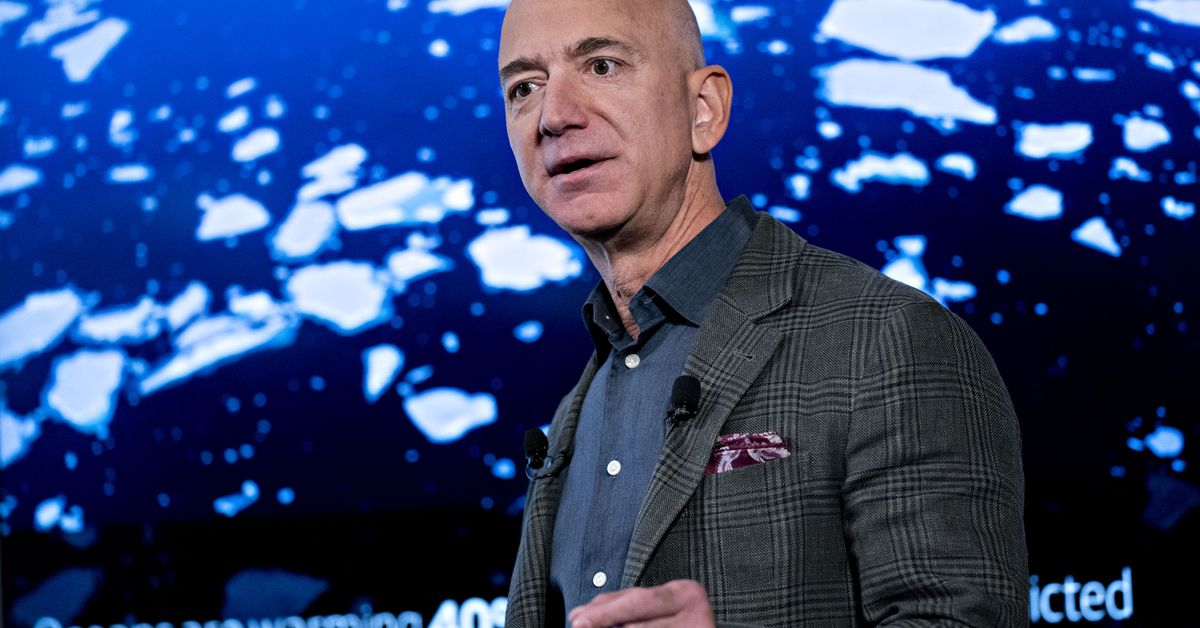 Jeff Bezos’ $10 billion Earth Fund just doled out millions more in funding to groups fighting off climate change. This time, a lot of the cash is going to groups that advocate for communities of color and low-income neighborhoods, which often face the first and worst effects of climate change and fossil fuel pollution.

The Earth Fund plans to work with the Biden administration to disburse the biggest chunk of funding, $130 million, by the end of the year. That’ll go to organizations supporting a Biden administration initiative called Justice40 that the White House announced in January. It’s a plan to ensure that disadvantaged communities receive 40 percent of the “overall benefits” from federal investment in new infrastructure and climate solutions.

Today the Bezos Earth Fund announced its commitment of $150M this year in support of environmental justice groups implementing the Justice40 Initiative. Disadvantaged communities have borne the brunt of environmental damage for too long and are key actors in driving solutions.1/2

The announcement comes after Bezos faced flak from activists for not earmarking enough funding for communities on the frontlines of the climate crisis. The fund allocated $791 million to environmental organizations in its first round of giving last year. A majority of that went to big green groups, including the World Wildlife Fund and Environmental Defense Fund, with deeper pockets than scrappier climate justice-focused organizations.

“We have to run and put our finger in so many different holes,” says Dwaign Tyndal, executive director of the Boston-based nonprofit Alternatives for Community and Environment. “We carry so much of this work, relative to the resources that are allocated … Many of our groups are Black and brown, Indigenous groups and somehow that money has not trickled down.”

“Many of our groups are Black and brown, Indigenous groups and somehow that money has not trickled down.”

While activists say today’s announcement makes good progress on climate justice, it still falls short of the level they’d like to see when it comes to investments in the most vulnerable communities.

“The Bezos fund is improving, but they still have some ways to go,” says Maria Lopez-Nuñez, a deputy director of organizing and advocacy at the Newark, New Jersey-based Ironbound Community Corporation.

She wants to see at least 40 percent of investments from both Bezos’ Earth Fund and Biden’s Justice40 initiative flow into communities hard hit by climate disasters and pollution. Currently, roughly 30 percent of all the Earth Fund grants (including the “pledge” to give an additional $130 million later this year) have gone toward environmental justice initiatives.

The Deep South Center for Environmental Justice, which advocates for Gulf Coast communities like Louisiana’s “cancer alley,” is one of the Earth Fund grantees named today. Cancer alley earned the moniker because of how its residents have coped with the health hazards from more than 150 refineries and chemical plants in the region. After Hurricane Ida hit the area hard last week, local organizations like RISE St. James are scrambling to document oil spills and chemical releases that the storm unleashed. The aftermath of Ida is an example of why similar grassroots groups need funding, activists tell The Verge.

“We want the real deal.”

Surrounding Bezos’ new round of funding is a much larger national debate over how to ensure that the Justice40 program serves those most in need. Activists and policymakers are still working to define what constitutes a disadvantaged community. Once that’s hammered out, they’ll also need to figure out what it looks like for those communities to receive 40 percent of “overall benefits” from federal investments. The language doesn’t necessarily mean that they’ll get 40 percent of the actual funding, so community organizers like Lopez-Nuñez aren’t sure exactly what they’d be given.

“We don’t want byproducts. We want the real deal,” says Lopez-Nuñez. The real deal for Lopez-Nuñez is direct investment in vulnerable communities, not the undefined “overall benefits” of funding streams that communities themselves don’t control.

Even though Bezos has stepped down from his role as Amazon’s CEO, his climate legacy is still marred by the retail giant’s pollution, say activists like Lopez-Nuñez. The company has been the target of campaign after campaign by residents living with pollution from Amazon’s warehouses.

“The Earth Fund is a complicated fund, given how Bezos has made his wealth on the exploitation of workers and the environment,” Lopez-Nuñez says. “[The money] comes from our communities; it’s been extracted from our communities, at the cost of our health.”