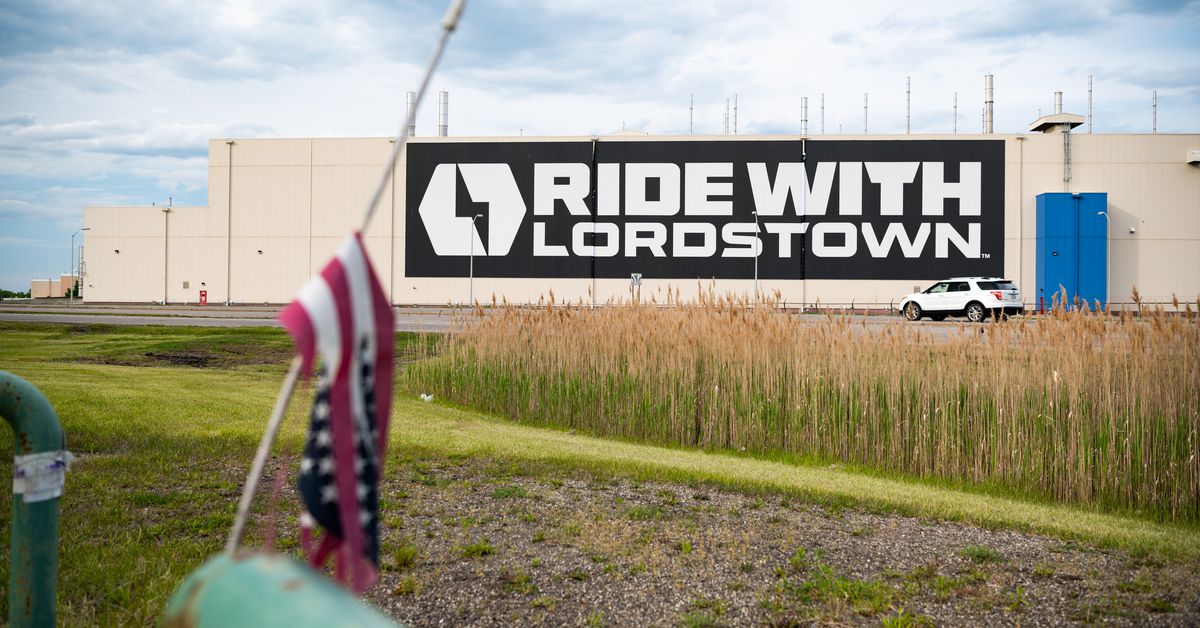 Struggling EV startup Lordstown Motors is nearing a sale of its Ohio factory to Taiwanese iPhone assembler Foxconn, which has its own electric vehicle ambitions, Bloomberg reports. The deal could be announced as soon as Thursday evening.

Lordstown Motors bought the 6.2 million square foot facility from General Motors in 2019 shortly after the Detroit automaker closed it down — a decision that drew the ire of then-president Trump. The startup previously announced in August that it was planning to rent out space at the factory in an effort to make money amid a serious cash crunch. Reuters is also reporting that a sale is on the verge of happening.

Since buying it, Lordstown Motors has put about $240 million worth of work into getting the factory ready to build its electric pickup truck, the Endurance. A spokesperson for Lordstown Motors declined to comment. Foxconn did not respond to a request for comment.

When GM sold the factory to Lordstown Motors, Trump praised the deal as “GREAT NEWS FOR OHIO!” But the startup — which was founded by the former CEO of Workhorse, another struggling EV startup — has run into an incredible amount of trouble ever since, despite going public and raising hundreds of millions of dollars in 2020. Lordstown Motors’ CEO was forced out earlier this year after he was caught lying about the veracity of the preorders for its truck. The startup has lowered its initial production goals for that truck, too. Both the Department of Justice and the Securities and Exchange Commission have launched probes into Lordstown Motors, and the company has said it only has enough money to survive through mid-2022.

Foxconn has spent much of the last year talking about expanding into electric vehicles as a way to diversify away from consumer electronics. It has struck deals with the likes of Geely, which is China’s largest private automaker, as well as Fisker Inc., a California EV startup that has yet to make an electric vehicle. Foxconn has also developed its own electric vehicle platform that it intends to sell to other automakers.

In March, Foxconn said it would reveal where it wants to build EVs with Fisker Inc. by July, but that self-imposed deadline came and went. The company had considered using the mostly empty complex it built in Wisconsin — another project that the Trump administration touted highly — but Fisker founder Henrik Fisker said he didn’t want to build his cars in a state that wouldn’t allow him to sell directly to consumers.